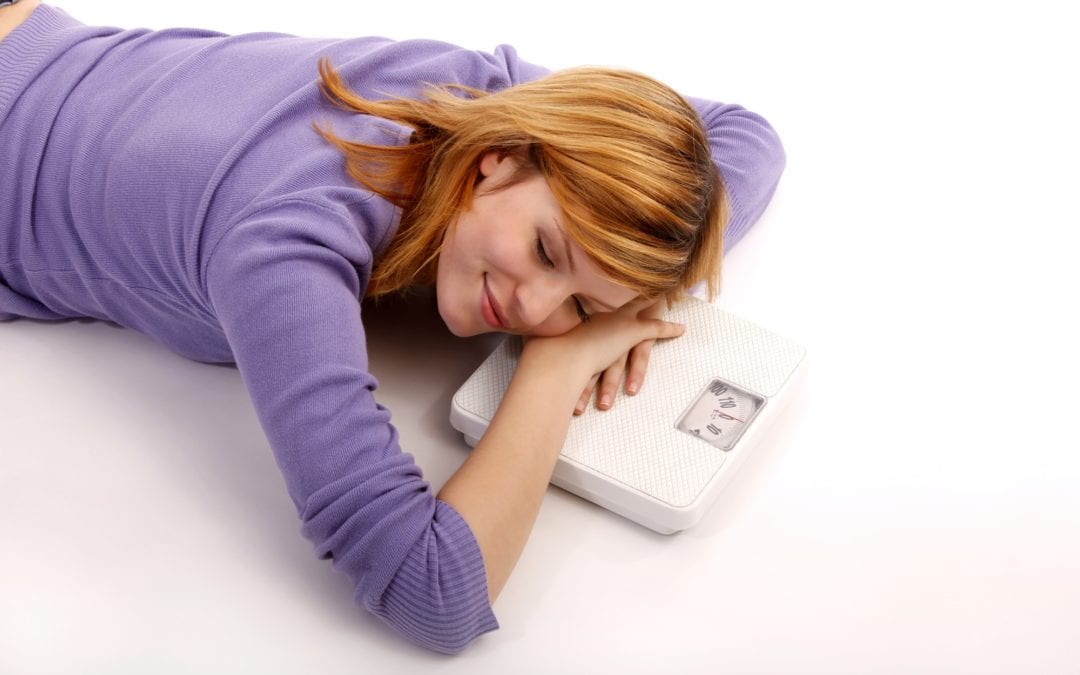 Intuitively, you can probably guess that sleep affects self-control, but the ways in which that happens and leads to weight gain may be surprising. I think you’ll find this interesting as we approach the indulgent holidays beginning with Halloween.

Halloween is just around the corner and that means the kids will likely be gorging themselves on candy until Thanksgiving (or their parents will be stealing it from them!). As parents, we will do our best to try and rein in their urge to quickly devour every last peanut butter cup and fun-sized candy bar because we don’t want them bouncing off the walls until 3 a.m. or, worse yet, getting sick!  As most parents know, children don’t have a well-developed sense of self-control, when it comes to candy!

New research suggests that children aren’t the only ones with poor self-control when it comes to sweets. A trio of recent studies have been released that show that adults tend to make poor food choices when they’re sleep deprived.

The link between sleep deprivation and weight gain is a well-known phenomenon. First off, not getting enough sleep throws hormones like leptin (which tells the body when its full) and ghrelin (which stimulates appetite) out of whack. We end up with less leptin and more ghrelin, a bad combination for anyone watching their waistline (you may recall I wrote an entire book about this relationship titled The Sleep Doctor’s Diet, Lose Weight Through Better Sleep.)

Sleep deprivation also diminishes willpower, making it more difficult to “ just say no” to sweet treats or a bag of salty chips. On average sleep-deprived people:

So it doesn’t take long for sleep deprivation to lead to weight gain. People who sleep 5 hours or less a night can potentially gain up to 2 pounds in a week!

One of the new studies published in the Journal of Neuroscience finds that sleep-deprived people are more likely to reach for junk food when they are hungry and more likely to spend extra money on it, too. During the study, participants were asked to bid on food and non-food items during a computer-generated auction that offered food and non-food items. Half of the participants had a full night’s sleep. The other half agreed to stay awake all night. The people who were deprived of sleep were more likely to buy the junk food would often pay more than it was worth.

But it may not only be  faltering willpower that’s to blame for poor food choices, it might also be our noses that are contributing to the size of our waistlines. At least, that’s what research out of Northwestern Medicine suggests.

When we are deprived of sleep, two strange things happen to the olfactory system. First, the sense of smell is kicked into high gear, improving the ability to distinguish food odors from other, non-food smells. Secondly, the olfactory system has trouble communicating with the brain. These miscommunications may be why we might reach for brownies or chips at night when we should be reaching for a stalk of celery.

These miscommunications with the brain were related to the endocannabinoids found in the blood. Endocannoboids sound like they may be illegal in some states but are actually a part of a naturally occurring cell-signaling system in the body believed to play a role in the regulation of sleep, appetite, memory, sex drive and mood. You may remember my discussions of the endocannabinoid system on my blog.

These first two studies pointed out that sleep deprivation often led to bad snacking decisions, but they didn’t provide a solution to this problem besides for the most obvious––get more sleep!

Yet research done at Stanford University suggests that there might be a way to reduce high-fat, high-calorie cravings even when you’re sleep deprived and that’s by maintaining a healthy diet in your day-to-day, non-sleep-deprived life.

Researchers at Stanford analyzed data collected from nearly 250 physicians who completed a wellness survey, and three factors of their diets were examined: if their diet was high in protein, if it was plant-based and if it was high in saturated fat and sugar. The dietary factors were then checked against their sleep-related impairment scores.

You probably won’t be shocked to hear that those people who chose diets high in saturated fat and sugar recorded higher sleep-related impairment scores than those who consumed  plant-based meals. In fact, the more saturated fat and sugars that a diet contained, the worse their sleep-impairment scores. Conversely, those that ate a plant-based diet were more likely to be less tired. The amount of protein in the diet didn’t seem to affect things either way.

This study suggests that a well-balanced diet high in fruits and vegetables may help protect people against some of the ill effects of sleep deprivation. That’s good news for anyone who has a job or a lifestyle that might cause them to miss sleep from time to time, provided that they are also willing to maintain a healthy diet.

This Halloween you may find yourself on the verge of making some poor food choices. You’ll likely be tired from taking the kids trick-or-treating or attending a late-night costume party with your friends, and you’ll literally surrounded by an abundance of unhealthy snack foods the entire time. Remember, if you make good food choices when you’re not sleep-deprived, you’re more likely to make better choices in general.

If you’re looking for a bedtime snack that won’t interfere with a good night’s sleep, Nightfood is just the thing. It’s a sleep-friendly ice cream with several important amino acids and macronutrients that aid sleep, but it also doesn’t contain any disruptive ingredients like caffeine or artificial sugars. I’d suggest eating Nightfood instead of sneaking a few pieces of your kids’ Halloween candy! 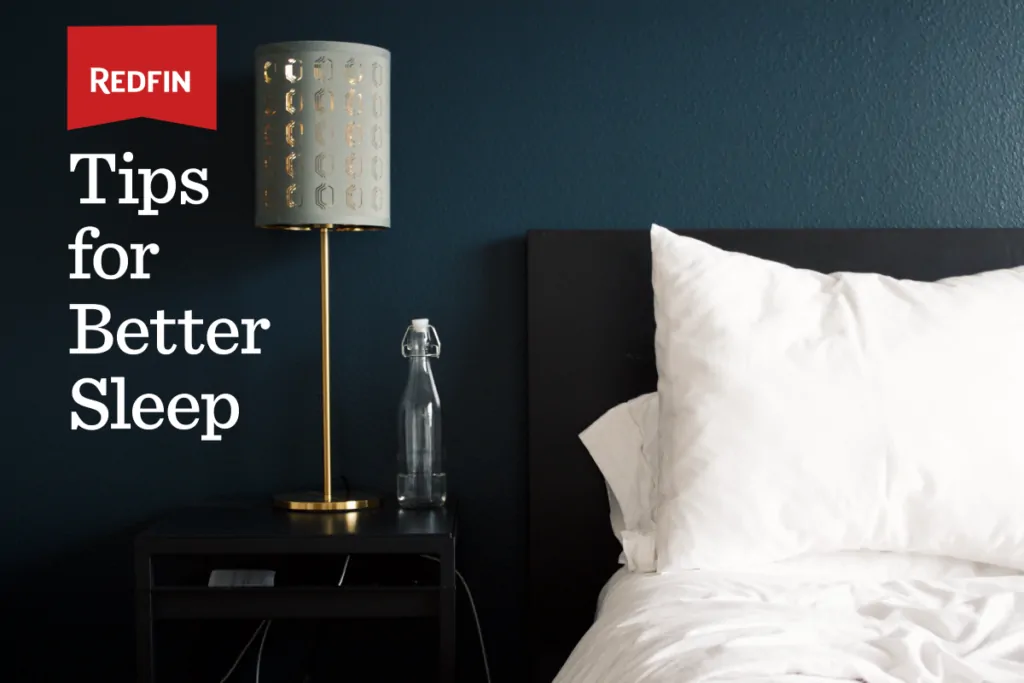 Picture this: Despite your jam-packed schedule, you’ve still reserved enough time to unwind and relax before bed. Your bedroom is cool, calm, and dark, ...
read more 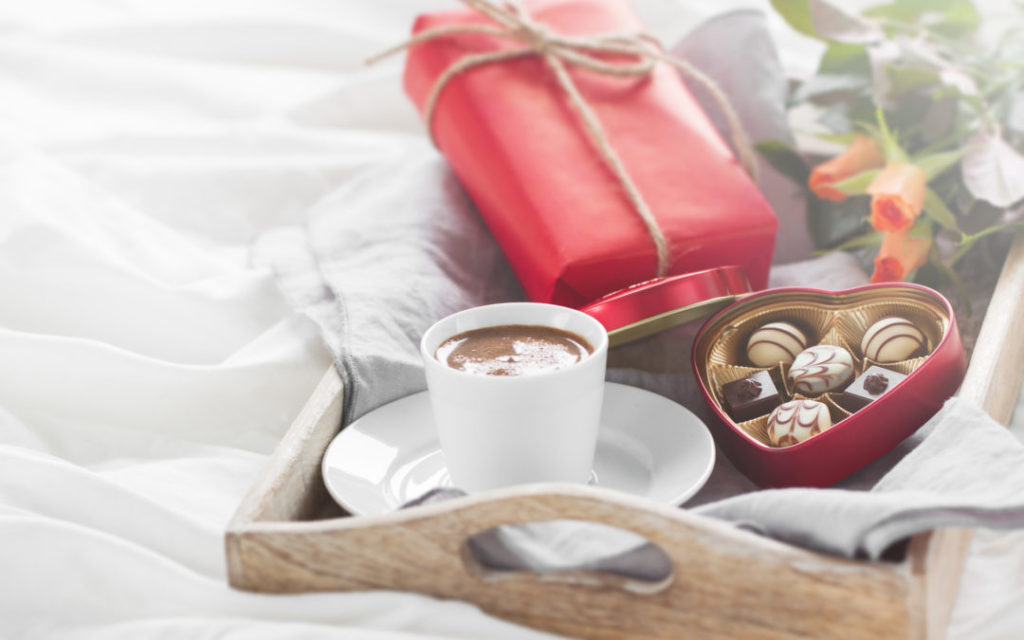 This week I was not traveling because I have some big news to share with you next week. Not traveling means I got a ...
read more
Menu